Started the day with the trainride to Kokkola. Tired as hell :-) Forgot to take a pic of my lunch on Friday....I did eat something....whatever. Ok so what do we have left, bass, vocals, acoustic guitars, hammond...some keyboards + solos and additional guitar and keyboar overdubs. I don't see how we're gonna waste too much time on these but we'll see about that. At the moment I'm still in the train and in a hour or so we'll be in Kokkola, pick up Elias & Masi and head for the woods....we'll probably have lunch first and then it's time to get to it. I'll try to write some more later tonight after I've done an interview for the Silent Voices album and hopefully can watch some NHL as well.

Got my late lunch, did some work, listened to Tony mess around with some new software,
got back to playing keyboards, did the interview. Well, I also got my Korg Karma back when Masi our vocal producer arrived...and later I managed to play the basic tracks to another track, I'll have to go through some piano stuff tomorrow. Tony did sing the lead vox for one song tonight and I also got to watch the Bruins-Detroit game so all in all a good day, despite being a bit tired...even so that I'll post this tomorrow in the morning.Goodnight.

edit: found some pics but none of my lunch from last night (it was mashed potatoes and a steak...I'll try to remember to get back to it today). 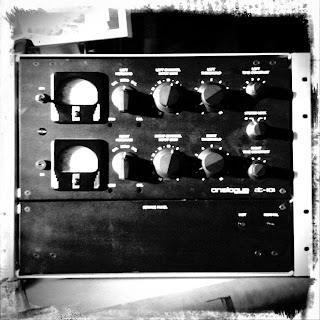 Something essential for the vocal recordings :-) 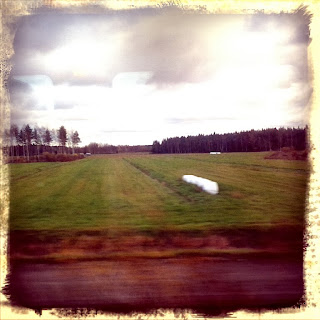 Finnish landscape from the trainwindow part 1 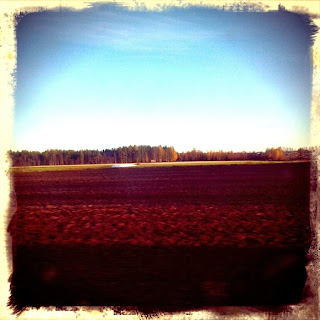 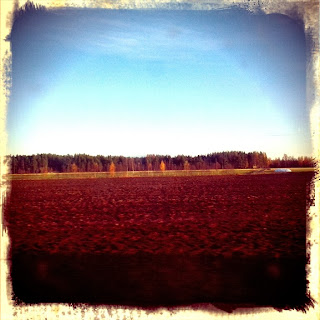