Sometimes things seems to go a little bit too easy. Well, nevetheless Tommy tracked the first song before 10 in the morning already. By Lunchtime he'd already tracked 4,5 songs.The 0,5 is because there's a ballad where we'll play the beginning with a different drumkit. Oh the fun of studiotricks ;-) Yesterday we managed to have some beers and wine in the evening....even convinced Pasi to stay over, nevertheless everyone was sleeping before 0100 so there was no problem waking up in the morning. Tommy made me breakfast (oh, yeah that's romatic ;-) ). While Tommy was tracking drums, and in between running downstairs to check out the results I managed to put in some time on the computer and my belowed excel files. Still have some "office"-work to do but I'll save that for after lunch or another day....we'll see.

After lunch, Tommy continued the drumming and later on when he was done, I put in some hours on the keyboard tracks when Pasi was editing the drums. Tonight was also the first sauna-evening in these sessions and I'm sure it won't be the last time we heat it up..you gotta stay clean people !!! Our good friend Vapola from Winterborn stopped by for coffe and joined us in the sauna as well. I finished the evening with playing some tracks that might or might not end up on the album ;-) 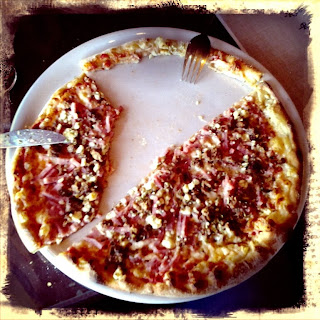 What I ate today part 2