So...after Elias was done for the day with his rythm guitars, Pasi was stuck editing in the controlroom, I continued working on the keys and actually managed to finish a couple of more songs. Elias later setup his laptop to work on some additional tracks.... at some point we called it an early night, finished before 0900, went to the sauna and watched the "Never Make it Home" movie. Truly incredible, inspiring and touching...I'm running out of adjectives here, if you haven't seen it, you should...right now !!

Today in the morning we added another cubicle to the mayhem. The day was spent
with me & Elias at our own places and Tony in his singing booth....and of course Pasi
had the biggest place to work. Check 'em out at:

I managed to get a lot done today as did the other dudes so now it's time to check out
the NW movie....finally. 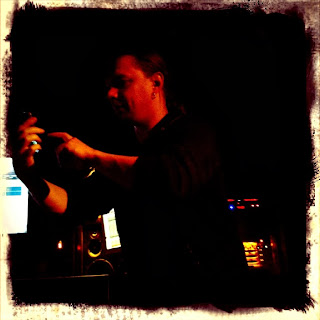 Elias is tweeting because we made him do it ! 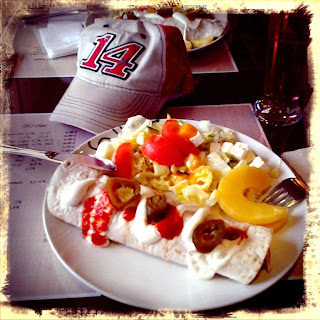 What I ate today part 8: A chicken tortilla with salad instead of freedom fries. 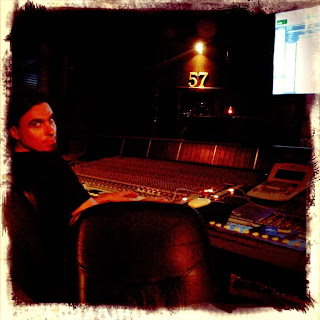 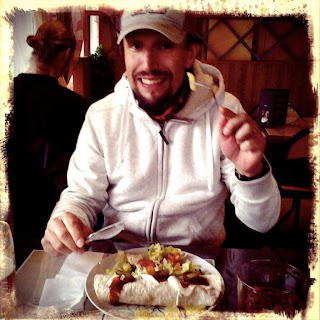 Tony, still eating with his cap on ;-)