Another day, another song...or at least a new arrangement  on one of the songs. Tony picked me up in the morning, I was planning on taking the bike but I didn't want to carry the M3 module in a backpack when it was raining so....I took the easy way out and called him up instead. At the moment everything is starting to come together really nicely and we will be more than ready to enter the studio in less than two weeks. I spent some time going through the files for this album on my computer and deleting stuff that I don't need when tracking keyboards. So, any day now I can actually start recording basic keyboard stuff, I'm gonna leave the piano, hammond and solos/unisonos until the studio to get a different vibe on them but as far as the basic background stuff, I might as well get it "out of the way"at least to some extent....less stuff to do in the studio where time actually is money ;-) I took some pics but they're pretty much repeating themselves so I might hold off on those until the studio...or not. Btw found a bottle of white wine in the kitchen of the SL, appeareantly this was something Pasi brought with him, I wonder if there's any left tomorrow. 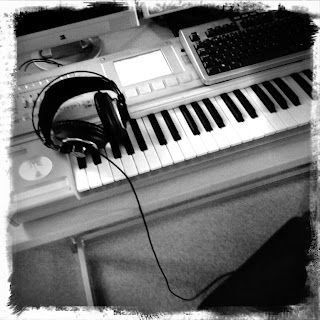 The M3 module found home and is ready for keyboard mania ! 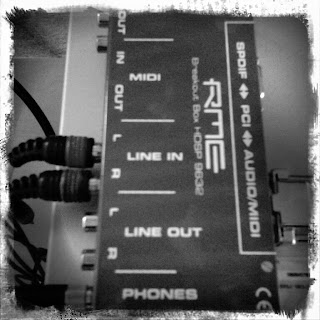 The breakout box for the RMI soundcard....and yeah, that's right no MIDI, at least not for now,
since I forgot the cables at home...haha.... 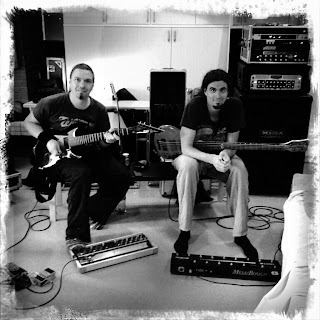 The boys...wonder if we can convert Pasi from Warwick to ESP....