Got driven to the train to catch up with Tommy just after 8 in the morning. To our surprise they don't serve beer until after nine. Maybe it was for the best ;-) After some 3+ hours we jumped off the train in Kokkola were Pasi picked us up. We had to make some short stops before we got to the studio. First things first; the music store to pick up some drum parts (don't ask me, I don't know) and then it was off to the grocery store and to get some wine.

After a short drive we were already in the woods, were we had some lunch (check picture below) before we got to the studio. The day was spent emptying the van and setting up the drums and keys as well as putting the rest of the gear inside. At the moment Tommy and Pasi are going through the drums and I went upstairs to write this and listen to some Britney Spears.... read an interview with the guy who's done some of her mixes so I had to listen through some of  it and see how much I actually understood about what he explained, I did actually understand quite a bit, to my surprise.

Anyways, Elias and Tony will be here later this week. Tomorrow it's drum-mania. I took some pics as well ;-) These sessions are going to be awesome !! Yeah, I said it, AWESOME !! 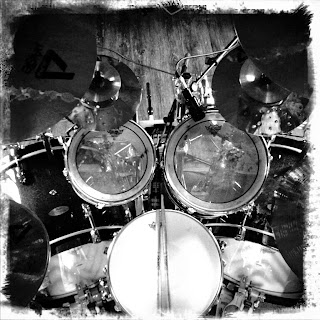 The drums...or parts of the drums. 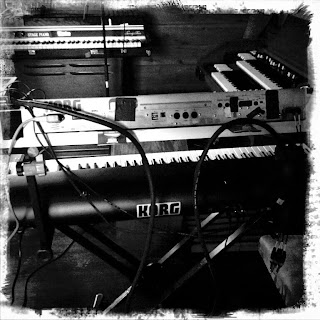 My keyboard corner, all setup and ready to go. 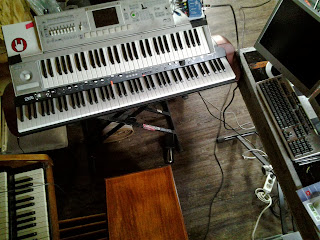 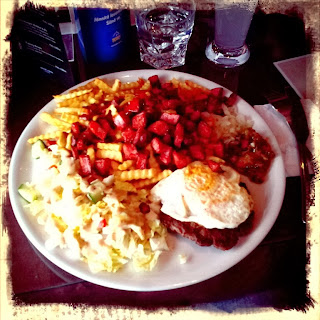 Let me introduce a new series: What I ate today, part one !