Last night I managed to put in a few hours on one of the potential single songs, started today by listening through it. There's still some work to be done on that one as well as some sound-replacement stuff. Tommy made some nice breakfast (yeah, another run at eggs and sausages) and it was time for me to enjoy the hightlights of last nights Rangers game...and as someone predicted in the comments, they beat LA on the road. Nice :-) .. and of course the last goal was a bit weird. Also enjoyed the Oilers comeback against the Devils.

Meanwhile, Pasi and Elias started to track guitars downstairs. The guitar sound is fucking awesome !!!  By lunch the rythm guitars for 3 songs were done and afterwards, as in: at the moment...they're tracking more guitars. Speaking of which, another song is ready so I better go downstairs and check it through with the boys.

Newsflash of the day (just to clarify Pasis tweet): 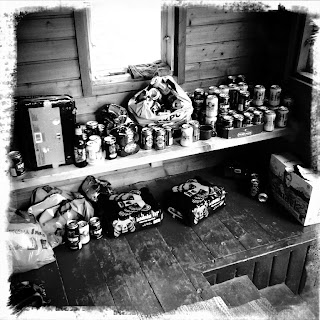 Look how much beer "some other bands" have left behind... 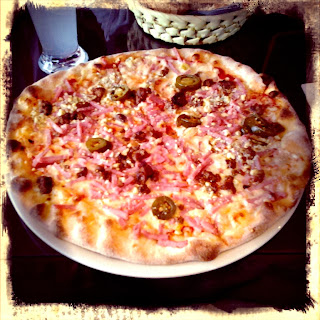 What I ate today part 7a - my pizza 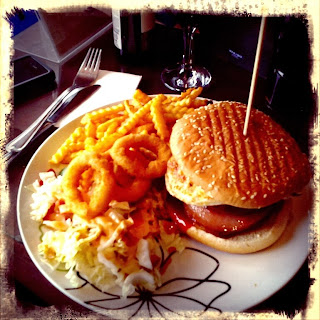 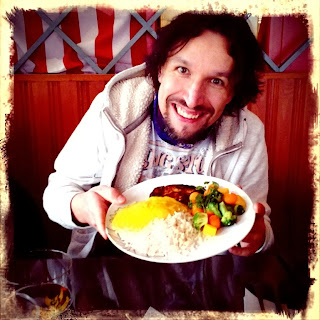