Managed to watch a movie in the evening (to which Tony had written some songs), In the morning we finished up re-amping the clean guitars and started with the leads. We've also been putting the keyboard tracks into the songs at the same time so everything is coming along quite nicely. After lunch we continued with the re-amping for a while and then it was Tony's time to step up and start singing the "epic" song. Btw, Masi is here to produce and record the vocals (he's been here since last week) but just today I managed to take a pic of him...while waiting for our late lunch. Tonight we're gonna go to the sauna and afterwards it's probably time for me to play some solos...or at least give it a shot. 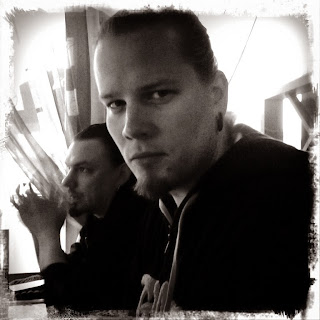 Masi, the producer from Hell(sinki). 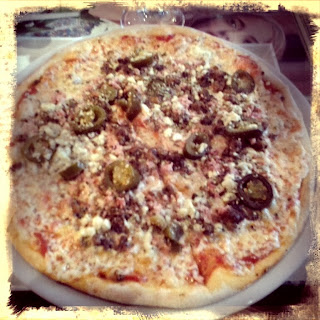